Center City lies right in the middle of Philadelphia proper. Its boundaries consist of South Street north to Vine Street and from the Schuylkill River east to the Delaware River. While Center City is considered a district in Philadelphia, there are a number of different neighborhoods that make up Center City. 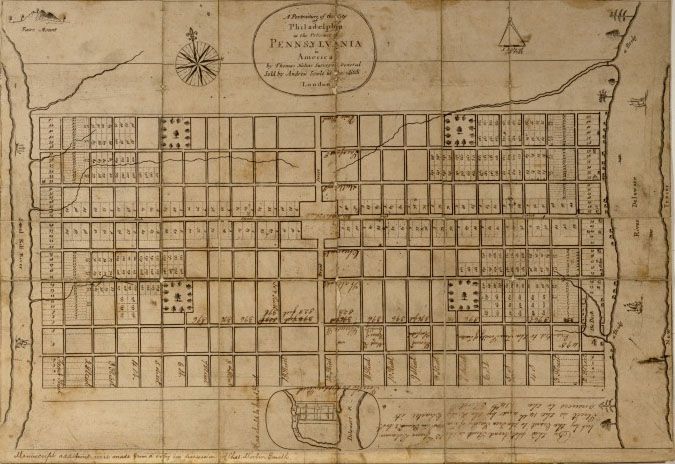 Nobody is sure why Philadelphia residents call the downtown portion of Philadelphia Center City and not “downtown” as other cities would. Some hypothesize that it has to do with William Penn’s original plans for the city. Thomas Holme drew up Penn’s plan for a gridded system with four square parks, today known as Rittenhouse Square, Washington Square, Franklin Square, and Logan Square with a Centre Square in the middle. It was this Centre Square that the name Center City may have derived from.

At first, settlers in Philadelphia stayed close to the Delaware River due to imports and the proximity to the water. Over the years, people started to settle inland. By the 1800s, there were a number of counties in the area, all with different laws and taxation. This proved to be a problem for the city of Philadelphia, especially for lawbreakers. If a citizen broke a law in one county, they could simply cross the border and be safe from the law. This was just one of the reasons the 1854 Act of Consolidation took place. This act took a number of neighborhoods including Northern Liberties, Manayunk, and Bella Vista and made them part of Philadelphia as one county.

Over the years, Center City developed into the major city it is today. The majestic City Hall that sits directly in Center City was completed in 1901. It took thirty years to build the masonry structure. It was in the 20th Century that high rise buildings and skyscrapers were put up around the city including the Land Title Building.

By the 1950s many residents and families moved out of the city to the suburbs. This left Center City less populated for the next couple of decades. Center City was revitalized with incoming businesses and new construction. Today, it is hustling and bustling with people of all ages and different backgrounds. Center City has something to offer everyone.

Center City is exactly how you would picture the center of a major city. The sidewalks are filled with people getting from A to B. There are a large number of delicious restaurants and trendy retail stores that line the streets of Center City.

As for residences, there are many apartment and condo buildings as well as multiplexes or apartments above commercial spaces. Rarely will you find a single-family home in Center City unless it is on the outskirts in Graduate Hospital or Fitler Square.

Center City is close to almost everything Philadelphia has to offer, which means you will rarely have to leave it. It is also extremely easy walkable and easy to navigate. 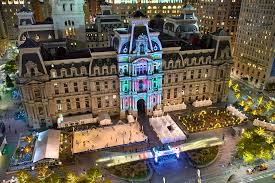 Of course, Center City is one of the busiest parts of Philadelphia, which means there is a ton to do. If you aren’t trying a new restaurant every weekend, you can go to a performance at the Wilma Theater, Kimmel Center, or Suzanne Theater. Sit in one of Penn’s planned parks on a nice day or at the recently built Dilworth Park right next to City Hall. Or you can shop along Walnut and Chestnut Streets for the latest fashion.

Center City District holds Restaurant Weeks throughout the year where you can eat a high-end restaurants for a fixed price menu. During the holidays, you can admire the decorations and holiday lights strung along City Hall. Block parties are known to pop up throughout Center City during the warmer months too. There is always something to do in Center City.

Does the hustle and bustle of a major city excite you? Do you like to step out of your door onto the busy street to start off your day? Then Center City may be the neighborhood for you! Contact Philadelphia’s leading Realtor, the Agent Lady, to schedule your FREE consultation.