Before going out to look at some properties, take a few minutes and get to know some of the most popular residential architecture. 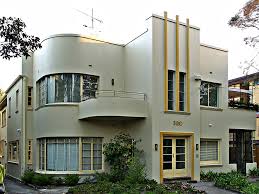 The Art Deco architecture is more of an urban style and came into play in the 20th century. It can be found in California and Miami with colorful pastels making up the exterior. Some defining features are a flat roof, smooth stucco exterior, rounded corners, and bold exterior decorations. Though this architecture is mostly used for public and commercial buildings, you can still find some residential homes in the Art Deco style.

Beginning to pop up during the 1880’s in California, the bungalow is simple architecture with a low-pitched roof and commonly one and a half stories high. It’s common for a small covered porch to be located by the front door. 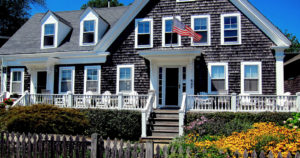 First built in the 1600’s by America’s first colonists, this architecture was made to withstand cold and brutal Northeast winters. It is extremely simple, transforming to a one-room home to a modern day house and can be commonly found in the suburbs. The exterior is typically made with cedar shingle siding and has a steeply pitched, gabled roof. The windows will have shutters and there will be dormers present. 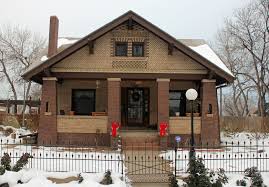 Known for its use of natural materials such as wood, stone, and brick, the craftsman is similar to the Bungalow. With a low-pitched roof and a wide front porch typically supported by columns, the Craftsman made its appearance in the 20th century. The interior includes exposed beams, a large fireplace, and sometimes built-in furniture. 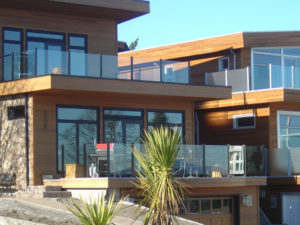 With just a 20-year popularity lifespan, the Contemporary architecture was built between 1950-1970. Architects would incorporate the surrounding landscape into the house, making each Contemporary house a little different. Large, tall windows allow for lots of natural light to flood the inside of the house. It typically has a flat roof and is made with sustainable materials. 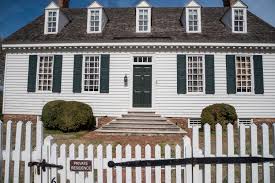 Maybe the most cliché house found in America, American settlers first built the Colonial in the 1600’s, but made a comeback in the 19th and 20th centuries. With an aura of formality and precise symmetry, this architecture is typically two-stories high with all bedrooms located on the second floor. The exterior is typically white and has dormers, shuttered windows, columns, and a chimney. 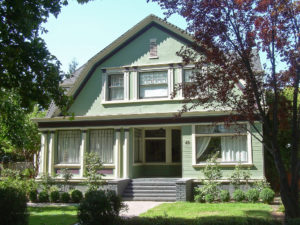 A derivative of the Colonial, the Dutch Colonial was also built in the 1600’s and was revived between 1900-1930. With similarities to a barn, it has a broad, gambrel roof, dormers, chimney, double-hung sash windows on either side of the front door and a porch or hood over the front door. 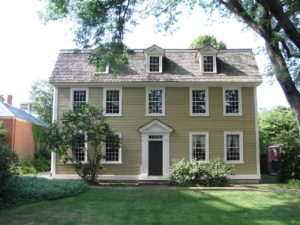 Named after the Kings of England, the Georgian can be either two or three stories high and made of a brick exterior. Box-shaped and symmetrical, there is a decorative crown over the front door. Another defining feature of this architecture is the five windows on the second floor displayed across the front of the house. 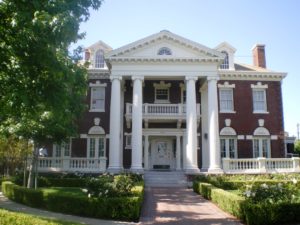 Modeled after Roman classicism, the Federal Colonial made an appearance during the late 1700’s. Tall columns and long rectangular windows make this house extremely symmetrical. Decorated with eye-catching embellishments and an arched Palladian window on the second story, most people love the grand curved steps leading up to the front door. Homeowners feel like royalty in this traditional architecture. 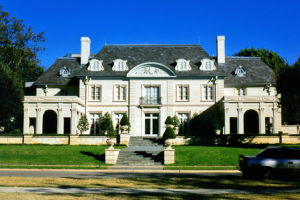 Adopted from the countryside of France, the French Provincial came to states after World War I. Its steep roof and brick and copper exterior give the house a very romantic feel. The architecture is very symmetrical, even putting the chimney right in the middle of the house. It’s common to see iron railings in front of the upper-story windows. 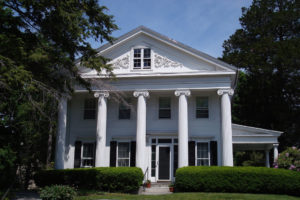 The Greek Revival made its first appearance in the 1800’s. One of the most known residential architecture designs, the Greek Revival incorporates Ancient Greek buildings by installing tall columns and pediments to the front of the house. It’s large and imposing as it sits on a luscious green lawn. The exterior is typically painted plaster. 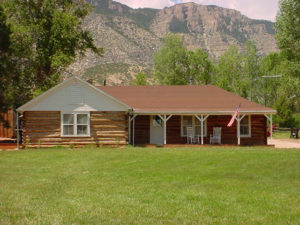 First built during the 1930’s in California, the Ranch is a one-story house with a pitched roof. It was built mainly with the focus of practicality. A built-in garage is typically found in this kind of architecture. Though typically one-story, some may be split-level and one and a half stories high. 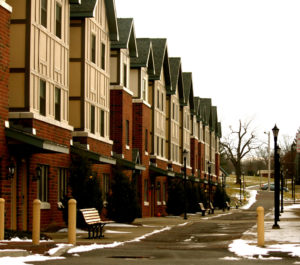 As urban areas became overly populated, builders and architects decided on the townhouse, which did not take up a lot of space and could be built quickly. First making its appearance during the 19th century, the layout is traditional and practical. There is typically very minimal lawn space, if any at all. Instead of building out with these homes, builders build up. 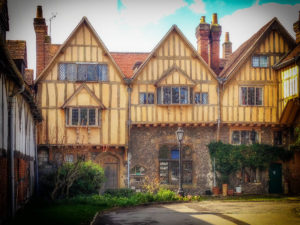 Built in the first half of the 20th century in America, the Tudor was first found in England. It feels as if you just walked into a storybook setting with multi-gabled and steep roofs. The exterior is typically stone except for the bay windows and rounded doorways. 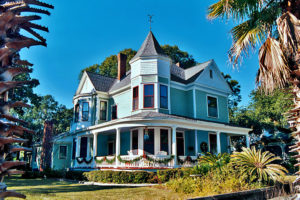 Elegant and sometimes overwhelming, Victorian architecture was built during the reign of Queen Victoria herself from 1830-1910. Extremely detailed with curved towers and little embellishments, this house was built more for beauty than practicality.

Do one of these homes catch your eye? Would you like to live in a fairytale Tudor or a unique Contemporary? Call your favorite real estate agent, Agent Lady, today! She will show you everything from a row home to a Victorian. It all just starts with a call.